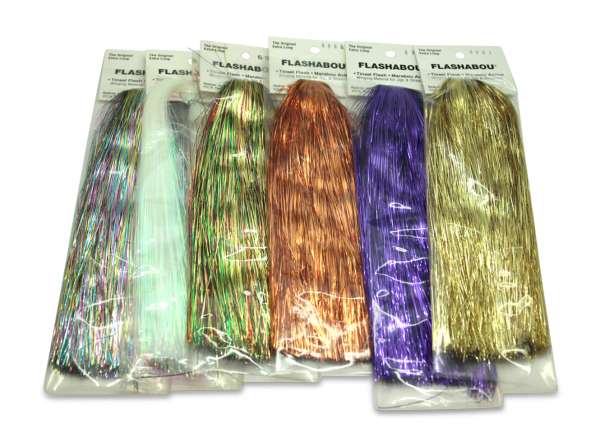 Flashabou is a fine, but extremely robust Mylar Flash with a highly reflective surface. This flash material is one of the oldest, modern fly tying products on the market and has since been used in many different types of bow ties.

This material had its breakthrough when the salmon fisherman and fly tyer Håkan Norling developed his legendary "Templedog". Flashabou is an essential part of the wing of this tube fly. Flashabou can not only be used in wings for salmon flies, but also as a tinsel for the body or as a tail. Flashabou is also used for tying large pike flies, such as who uses "Pike Flash".